Safety at EPM is of paramount importance.

Safety matters are reported, reviewed and discussed at the highest level. Improvement is constantly sought via regular reviews to ensure practices are conducive to the highest standards of health and safety and ultimately adhered to.

EPM has established clear safety goals and objectives, an integral part of which is the monitoring and publishing of actual versus target performance results to all employees. 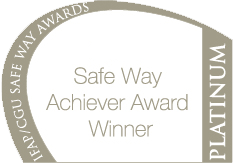 EPM’s Safety Management and Improvement system has been formally recognised by IFAP — the Industrial Foundation For Accident Prevention — via the following awards:

EPM was publicly recognised with the following article being published in IFAP Magazine in October 2012: 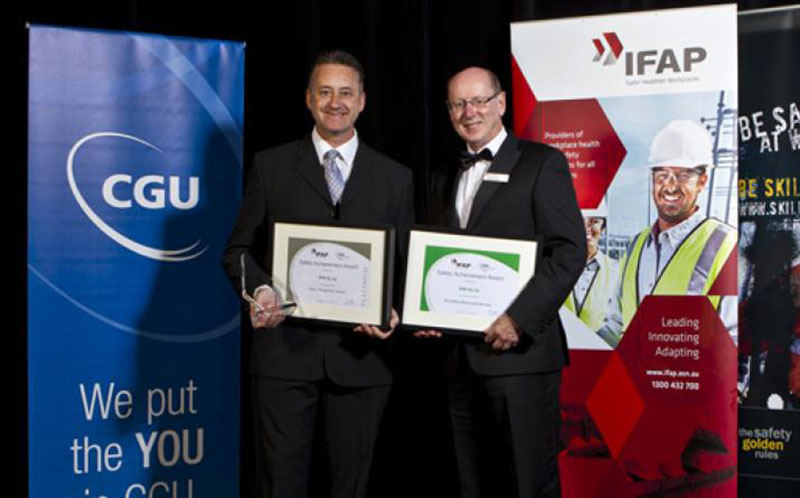 Safety issues are attended to immediately as they arise at EPM, one of WA’s most prominent engineering workshops.

Based in Kewdale, EPM has seen strong growth and success since it was founded in 1986 by Managing Director Mark Hanks who has always had an open door safety policy for all employees.

“We make sure that any incidents or near misses that our guys bring up are addressed there and then. We don’t wait for the next toolbox meeting,” he says.

EPM has a workforce which specialises in manufacturing replacement machine parts for petro- chemical and gas supply equipment, as well as subsea, mining, industrial and agricultural applications. They also repair and manufacture hydraulic cylinders of all sizes.

Cameron Hanks, who oversees the company’s commitment to workplace safety, is confident as to why EPM has just completed 2500 days without a lost time incident. “Because Mark looks after his employees,” he says. “Any staff member with a safety concern can bypass their supervisor and go straight from the shop floor into Mark’s office and explain their concerns.” Cameron made a comparison between many other companies that require timely forms to be completed, whereas at EPM the problem is addressed quickly so production continues without delay or disruption.

“At a lot of places, you can’t access the Managing Director but at EPM we expect our staff to say what they’ve got to say. “I believe that’s why we’re successful and consequently have been honoured to receive a few IFAP awards.”

EPM is one of fifteen companies who have won a IFAP/CGU Platinum Safe Way Achiever Award. It is EPM’s sixth platinum, presented annually to companies that have won gold awards five years in a row.

Mark Hanks welcomes the Platinum IFAP award with praise and recognition for his staff on the workshop floor and EPM’s management team. He says there have never been any serious accidents at EPM. “If something happened to one of our staff, I would have to carry it with me for the rest of my life,” he says.

Yet although he does the utmost for his staff, it is impossible to stop all human behaviour tinged with absent mindedness. “Most of our accidents have been caused by people being complacent and all you can do is put effective policies and procedures in place.”

Although it is many years since EPM recorded a significant workplace incident, the “complacency” that caused the last two of them still gnaws at Mark Hanks.

One of them involved a cutter, the other a grinding wheel. In the latter, investigations found the worker had used his hand to push the work piece into the grinding wheel instead of using the correct tooling. As a result he went too far and the grinding wheel took off the top of his finger.

EPM has now installed a huge Kuraki horizontal machining centre — it was immediately evident that access was a safety problem, so within three days a special ladder and platform had been built so that it could be operated safely.

While Mark Hanks doesn’t under-estimate the importance of safety, he says it’s important not to let it dictate how business is conducted. He agrees that it must do so to a certain extent, “because you have to look after your staff, but you can’t fill in a piece of paper every time you wish to carry out any work.”

But, he says that “we are an engineering business with a machine shop and we do our best to do the right thing by our staff all the time, yet we try to limit the constraints that safety systems can put on you so that our business can function without being held back by safety procedures.

At EPM, we are very aware of the consequences of serious incidents in an unsafe workplace: “You lose your worker, you lose the skill you have on a machine, you have to train someone else — if you have an appropriate person to train — you suffer from lost time, your profits drop, your workers’ compensation premium goes up, you’ve lost a customer because on-time delivery goes out the door and your reputation suffers. Not to mention the severe impact on the injured worker and the effect on their family.”

EPM has installed a You Ji 3m dia vertical lathe with milling and drill capabilities Let us know yours needs as we have the solutions !

” great effort and thank you to your team” after the work EPM preformed for is company   thanks, Nathan for the feedback